They say you never know what you’ve got until you lose it. I don’t think people value this quote as much as they should. We take things for granted in life sadly. Even the people we truly care about. Well , they DO say you never know what you’ve got until it’s gone, but the truth is you DO know what you’ve got. You just think you’d never lose it. Life is hectic and everyone’s all clogged up in what they do and should be doing in life to be someone. To earn. You parents are busy earning money for who? YOU. You are busy studying or working probably to get a half decent life for yourself too and start a family. We’re all busy doing our own thing. Yes, we’ve got our family around us but we seldom give them the time we should, right?

Now I know it’s not possible to skip college and sit at home with your parents or to skip work and stay home to spend time with them. That would just be stupid. But what you can do is to give them time when you do have time. When you’re free from work. Not at college. Not a lot, but just spend an hour with them. Eat dinner with them or just ask them how their day was. It’ not like you’re a stranger to them, or they’re a stranger to you right? You can talk and spend some time.

No one expects and wants their parents to let go and perish but that’s the rule of nature and it will happen someday. For most of us, I hope it’s after many many years when we’re old and our bones are weak and our parents are even older and weaker. Everyone deserves to die in their own bed, gone ever so peacefully. Almost like if they are sleeping. Either ways, it’s a reality you have to face at some point in life but we don’t think about it. 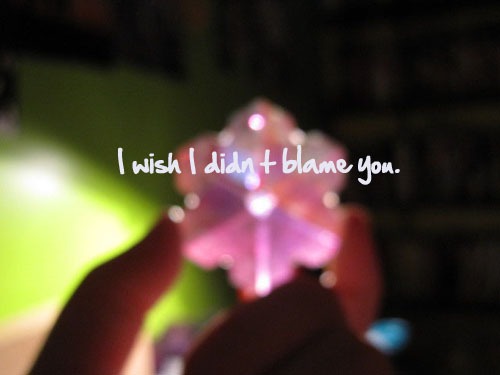 What I just want a lot of you do is to introspect and think about it. Are you spending enough time with your parents and family? Just think about it. All the things you won’t be able to do say if your dad was gone or your mom was gone? It’d leave a void in my life for sure. There are so many things mom does so well for me. She can sort out my room in a jiffy when I’m too lazy to sort it out myself. She still knows where my clothes and shoes are and can magically find them when I can’t. They just appear out of nowhere when she tries to find them. I have no idea how 😛

Dad’s amazing at what he does. Always sits down with me when I watch sports with my brother and he just blends right in even if he doesn’t watch that sport. Offers a drink and encourages me when I’m down. Motivates me to do well or to study and guides me on what I should do. Things I would never be able to do alone. As we grow up, we start to value other things and people around us more. You’d probably spend more time out with friends than family but caring about your family is just as important if not more because once they’re gone? It’s never coming back. So live each day happily and love. Love fiercely and let your parents know that you really, really love them. Thank them whenever you can, because your parents have done so much in life for you and the least you can do is to pay them back.

It saddens me when I see really old parents living alone or in some old age home. They raised their children with love and their own children can’t afford them a room in their house or a house to live in?

Even a hug every other day or a moment shared with them can make them smile and let them know that even though you’ve grown, you’re still their little child and you’ll still love them just as much because your parents never stopped loving you and never will. Why should you?

Hope you guys have a nice day 😀

I love kids , no two ways about it. But then again , I can be selective and it depends on how well mannered the kid is or how he/she responds. I get along really well with most of them even and my mom tells me how I was the always the protective one , taking care of my younger brother when they’d leave us alone or when I’d take him out to the park. She was telling me how you’d often find younger kids getting along really well with me even when I was say 10. I’d be protective and just really nice to them ( I don’t recall any of it , but I guess it could’ve been the case). Moving on , I guess I’m still the same to an extent , except when there are certain cases where the child just deserves it.

Let’s start off with overly caring mothers. Mothers who just can’t see their child cry. Sure , it sounds sweet in a way but you need to toughen up a bit in all honesty. I’ve seen kids as young as eight carry i-phones. Three year olds crying because they want a new frock (YES , it’s actually happening. Kids that young getting so picky about what they carry and what they wear). I remember not knowing a thing about what clothes I had on when I was a child. All I cared about was Cartoon Network and my friends and just having a good time (let’s face it. That’s awesome). Just the other day , I came across a Five year old kid who wanted to play this silly computer game and his mom eventually made me put it up for him. She insisted I should put up a shooting game and so I did. Then she  just stands there and boasts on how her child is just 5 and already knows how to play games on the computer. The kid didnt do much , but kept on clicking and moving his character around. Oh and shooting a lot. The character carried a gun so everytime the kid would click? the character would shoot. Fast forward and the mother gets busy talking to my mom. I let the kid play for a bit (obviously keeping an eye out on him) and then I asked the kid to get up because I wanted to browse something on the internet. The kid gets up and starts crying. Rushes to his mother and brings her back into my room. Nope. Instead of taking the child away , she blames me and asks me why he’s crying.

“Errr , Aunty? I wanted to do some work on the net so I need to use this for a bit”

She left the kid with me again and I eventually had to put the game on again. I did my fair share of teasing though. Going “I’m gonna quit the game” to the child’s face and he would start crying. It was fun 😀

So that’s your category number 1 folks. The overly protective mother. The mother who won’t take a stance and tell her child to toughen up. Let the kid cry. But just give the child everything he asks for. The root cause of spoilt brats growing up.

Moving on. Another type I’ve seen are the kids who wreak havoc in public or just weep wherever they can. (I’ve done my research and I was a good boy. I rarely cried) 😀  Just the other week I was out at the mall for a movie and we came across two epic kids. One during the actual viewing of the movie and one while we had our lunch at this restaurant at the same mall. Now during the movie , this kid starts crying for some reason and the mother makes no effort to make him stop. She let’s in few “sshhh” here and there but not much effort in all honesty. It was distracting and really hard to focus on the movie when you have a cranky kid next to you during a movie. I mean why bring it to a movie anyways??? After half an hour of agonising torture at the hands of the kid , she finally took him out and I felt better 😀

The second child? really similiar. Didn’t get a happy meal toy he wanted and throws a few tantrums. Then he starts running around the restaurant , dropping by to a few tables and disturbing anyone and everyone. The mother? sits there happily waving at people and smiling at them and just let’s her child do his thing. Seriously woman? aren’t you going to stop your child?

Next up? children who aren’t quite taught the right manners. I bet you’ve seen this odd child here or there who isn’t quite the sweetest or most polite the way he/she talks and might even swear. What do the parents do? they start laughing every time their child says something rude or even swears. “Awww , so cute. Hahaha” . No. It’s not cute. Your child is friggin five. He needs to learn manners and he needs to learn that the way he’s talking isn’t right. The more you laugh? the more you encourage it. Sadly some parents don’t get it and these kids think they own the house. They own the place and they have utter disrespect for anyone older. Be it cousins or be it a relative .
Been bumping into the nasty ones lately. Hope my luck improves.